Trained in the interdisciplinary field of American Studies, Barry Shank’s books include The Political Force of Musical Beauty (Duke University Press, 2014), A Token of My Affection: Greeting Cards and American Business Culture (Columbia University Press, 2004), and Dissonant Identities: The Rock 'n' Roll Scene in Austin, Texas (Wesleyan University Press, 1994). He is the co-editor of The Popular Music Studies Reader (Routledge, 2005)(with Andy Bennett and Jason Toynbee), and American Studies: A New Anthology (Wiley/Blackwell, 2009)(with Janice Radway, Kevin Gaines and Penny Von Eschen). He has published in such journals as American Quarterly, American Studies, Amerikastudien, boundary 2, and Radical History Review, and he has served on the editorial boards of American Quarterly, The Journal of Popular Music Studies, and Popular Music.

His courses provide undergraduate students with the opportunity to investigate the economic and social determinants that shape everyday life and popular pleasure while his graduate courses focus on the complex of theoretical and methodological tools at the heart of interdisciplinary work. He has served as President of the US branch of the International Association for the Study of Popular Music and served for eight years as Chair of the Department of Comparative Studies at Ohio State University. 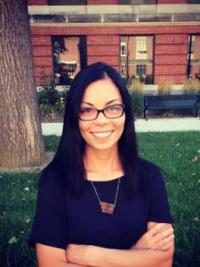 Namiko Kunimoto is Associate Professor of History of Art and a specialist in Asian American studies as well as modern and contemporary Japanese art. Her research interests include the visual politics of race and gender, art and diaspora, and issues of migration and nation-formation. Her essays include “Intimate Archives: Japanese-Canadian Family Photography, 1939-1945” in Art History, “Olympic Dissent: Art, Politics, and the Tokyo Games” in Asia Pacific Japan Focus, “Photographic Pluralities” in Blackflash Magazine, and “Tactics and Strategies: Chen Qiulin and the Production of Space” in Art Journal. 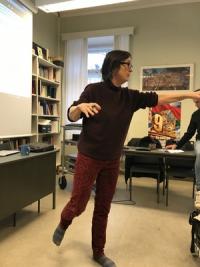 Katherine Borland is the Director and Graduate Studies Advisor at the Center for Folklore Studies, and Professor in the Department of Comparative Studies.

She studies and teaches about the artfulness of ordinary life, and the ways in which traditional expressive arenas constitute contested terrain. She recently published International Volunteer Tourism: Critical Reflections on Good Works in Central America (co-edited with Abigail E. Adams, Palgrave 2013).  Currently, she is engaged in two research projects: the ethics and aesthetics of solidarity activism, and an exploration of intersubjective meanings in women’s oral narrative, using the oral tales, letters, plays and performances of Beatrice Hanson as her text.

In her teaching she works to develop and hone student’s interpretive, synthesizing and analytic skills through shared inquiry, team research and writing.  She is a passionate advocate of both experiential and discussion based pedagogies.

Isaac Weiner, Director, Center for the Study of Religion

Isaac Weiner became the Director of Center for the Study of Religion in Autumn 2022. He joined the department in Autumn 2013 as an assistant professor in religious studies. His research considers the implications of religious diversity for American public life, focusing especially on the concrete challenges that have arisen when communities have encountered each other in public spaces and how American law has mediated and shaped those encounters. He brings a multidisciplinary approach to considering these questions, with training in American religious history, legal and political theory, sensory and material culture, and theory and method in the study of religion. His first book, Religion Out Loud: Religious Sound, Public Space, and American Pluralism (NYU Press, 2014), analyzes the politics of religious pluralism in the United States by attending to disputes about religious sound in the public realm. He also has published articles on secularism, cultural memory, and sensory history. He teaches a variety of classes on religion and American culture. 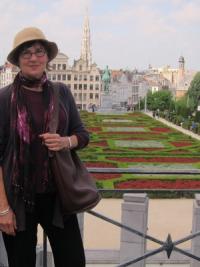 Tamar Rudavsky is a professor in the departments of Philosophy and Comparative Studies. She works on Ancient and Medieval philosophy, Jewish and Islamic philosophy, and Phenomenology and Existentialism. 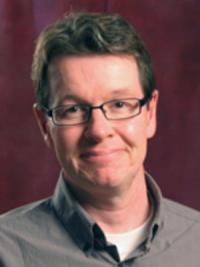 Chris Highley is professor in the Department of English and specializes in Early Modern literature, culture and history. He is the author of several books: Shakespeare, Spenser, and the Crisis in Ireland (Cambridge University Press, 1997), Catholics Writing the Nation in Early Modern Britain and Ireland (Oxford University Press, 2008) and is the co-editor of Henry VIII and his Afterlives (Cambridge University Press, 2009). Highley is currently working on two unrelated projects: the posthumous image of Henry VIII and the history of the Blackfriars neighborhood in early modern London.